Here is what you can do to right now to help protect & empower black lives: 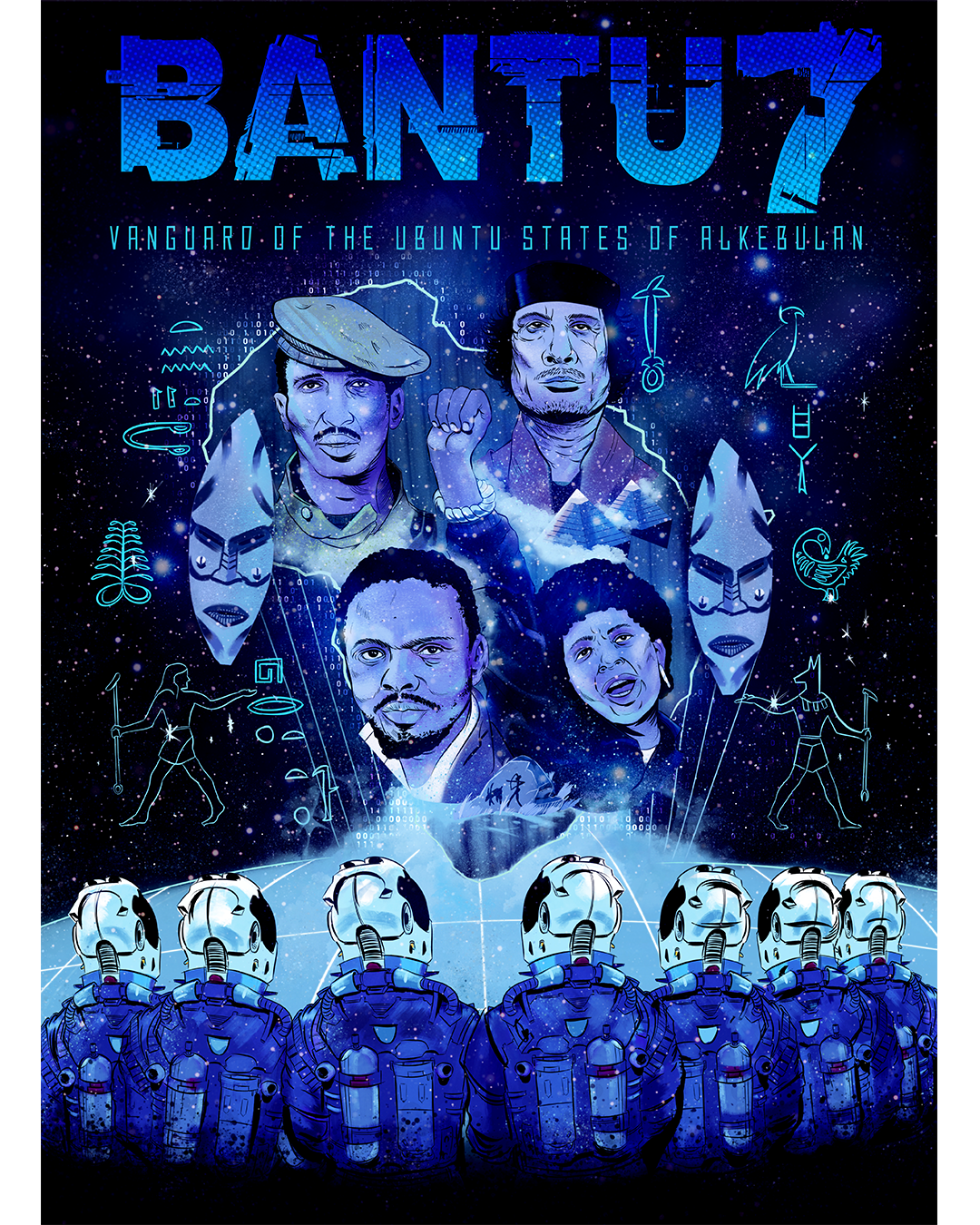 Bantu 7 is an upcoming graphic novel that engages in speculative fiction to imagine the future of South Africa and Africa in 2063, the year in which Pan Africanism is supposed to come of age and realize its full potential.

‍This new epoch known as the Afropocene is characterized by an influx of indigenous knowledge innovations that spark an African renaissance across all spheres of society.

The propotopian narrative revolves around the activism of 7 Afronauts (African astronauts) who use an interstellar satellite space station to safeguard a continental network of African communities that are united by one internet connection called “Alkebulan”. On their return back from the mothership satellite space station which safeguards all of Africa’s data, the afronauts discover that they have been hacked.

The data breach poses a significant risk to the security of the continent and also threatens to undermine the leadership of the 7. When citizens start discovering that their privacy has been jeopardized chaos breaks out, and the 7 split up to tackle the civil unrest and track down the perpetrators.

The novel is based on the past, and present socio-economic cultural issues in South Africa, and seeks to explore an alternative way forward based on Ubuntufuturism.

Ubuntufuturism is primarily concerned with using the creative economy to empower black communities by reinvesting profits from black culture into rebuilding Afrika.
‍

This ambitious graphic novel is intent on inspiring new technologies to revive black consciousness and is part of a greater project to #RessurectB1k0.

#RessurectB1k0 is a revolutionary crowdfunding campaign created by The Black Consciousness Network to build B1k0.

B1k0 stands for “Black 1ndigenous Knowledge 0rganization” and is an open-source information platform that seeks to enhance decolonization in South Africa and the rest of the continent by harvesting black indigenous knowledge, and innovating new ways of cultural exchange and education.

This idea was conceived in response to the outcry for decolonized education by the youth of South Africa over the years and is named after the iconic anti-apartheid activist Bantu Biko who inspired the youth of his generation to resist white supremacy.

The 1 and 0 in the name B1K0 represent binary code and the idea of bringing the past into the future by integrating it into the digital era and 4th industrial revolution. A binary code represents text, computer processor instructions, or any other data using a two-symbol system. The two-symbol system used is often "0" and "1" from the binary number system.

This innovation would also mark a significant milestone in the growth of Ubuntufuturism by leveraging technology and the 4th industrial revolution to recover our own ways of learning and knowing. Some examples of “black” indigenous knowledge include Bantu cosmology and Ancient Kemetic wisdom.

The publication of Bantu 7 is particularly relevant to this initiative in how they respond to the greater call for decolonized education by placing emphasis on Afrikan writers.

The journey to revive black consciousness and restore indigenous knowledge begins with honouring and taking pride in our own ways of learning and scholarship.